Ammonia or azane is a compound of nitrogen and hydrogen with the formula NH3. The simplest pnictogen hydride, ammonia is a colourless gas with a characteristic pungent smell. It is a common nitrogenous waste, particularly among aquatic organisms, and it contributes significantly to the nutritional needs of terrestrial organisms by serving as a precursor to food and fertilizers. Ammonia, either directly or indirectly, is also a building block for the synthesis of many pharmaceutical products and is used in many commercial cleaning products.
Although common in nature and in wide use, ammonia is both caustic and hazardous in its concentrated form.
Industrial ammonia is sold either as ammonia liquor (usually 28% ammonia in water) or as pressurized or refrigerated anhydrous liquid ammonia transported in tank cars or cylinders. 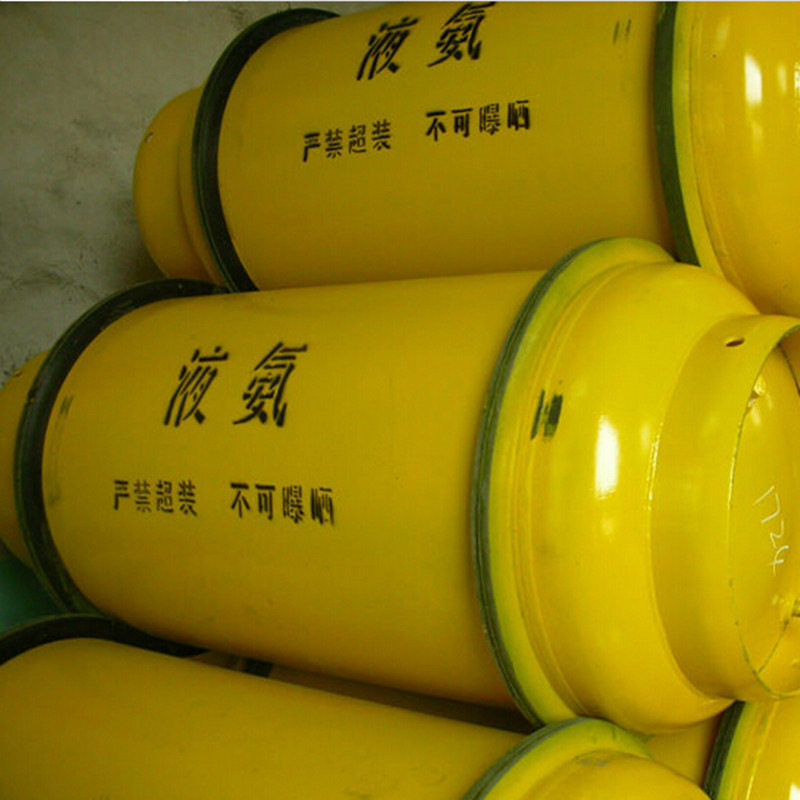 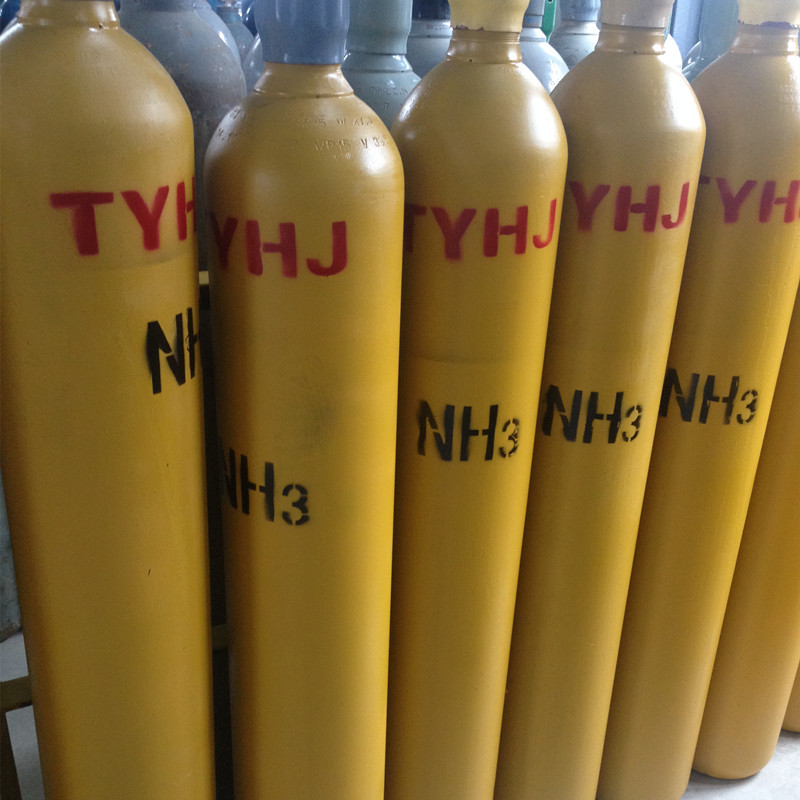 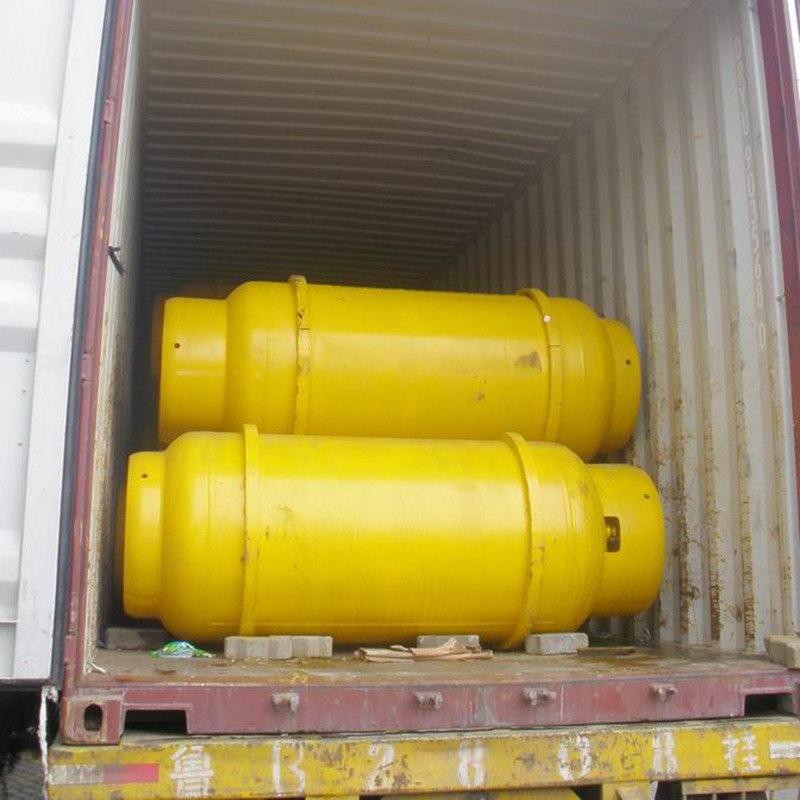 Cleaner：
Household ammonia is a solution of NH3 in water (i.e., ammonium hydroxide) used as a general purpose cleaner for many surfaces. Because ammonia results in a relatively streak-free shine, one of its most common uses is to clean glass, porcelain and stainless steel. It is also frequently used for cleaning ovens and soaking items to loosen baked-on grime. Household ammonia ranges in concentration by weight from 5 to 10% ammonia. 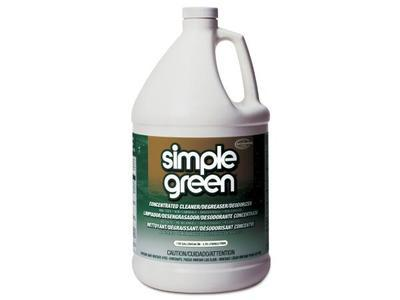 Chemical fertilizers:
Liquid ammonia is primarily used in the production of nitric acid, urea and other chemical fertilizers.Globally, approximately 88% (as of 2014) of ammonia is used as fertilizers either as its salts, solutions or anhydrously. When applied to soil, it helps provide increased yields of crops such as maize and wheat.[citation needed] 30% of agricultural nitrogen applied in the USA is in the form of anhydrous ammonia and worldwide 110 million tonnes are applied each year.

Raw materials:
Can be used as raw materials in pharmaceutical and pesticide.

As a Fuel:
The raw energy density of liquid ammonia is 11.5 MJ/L,which is about a third that of diesel. Although it can be used as a fuel, for a number of reasons this has never been common or widespread. In addition to direct utilization of ammonia as a fuel in combustion engines there is also the opportunity to convert ammonia back to hydrogen where it can be used to power hydrogen fuel cells or it can be directly used within high temperature fuel cells 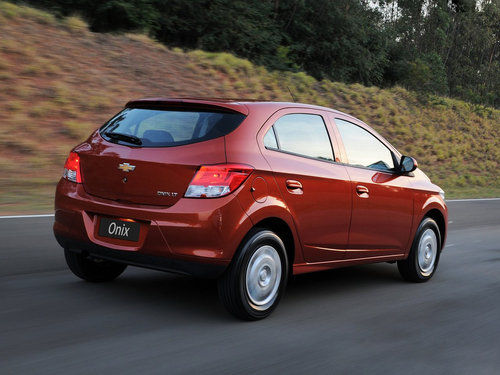 Refrigerant:
Refrigeration–R717
Can be used as a refrigerant.Because of ammonia’s vaporization properties, it is a useful refrigerant. It was commonly used before the popularisation of chlorofluorocarbons (Freons). Anhydrous ammonia is widely used in industrial refrigeration applications and hockey rinks because of its high energy efficiency and low cost.

INHALATION: If adverse effects occur, remove to uncontaminated area. Give artificial respiration if
not breathing. If breathing is difficult, oxygen should be administered by qualified personnel. Get
immediate medical attention.
SKIN CONTACT: Wash skin with soap and water for at least 15 minutes while removing
contaminated clothing and shoes. Get immediate medical attention. Thoroughly clean and dry
contaminated clothing and shoes before reuse. Destroy contaminated shoes.
EYE CONTACT: Immediately flush eyes with plenty of water for at least 15 minutes. Then get
immediate medical attention.
INGESTION: DO NOT induce vomiting. Never make an unconscious person vomit or drink fluids.
Give large amounts of water or milk. When vomiting occurs, keep head lower than hips to help prevent
aspiration. If person is unconscious, turn head to side. Get medical attention immediately.
NOTE TO PHYSICIAN: For inhalation, consider oxygen. For ingestion, consider esophagus copy.
Avoid astric lavage.

Azane Travels to IIAR 2018 Annual Natural Refrigeration Conference in Colorado
Mar 15,2018
Low charge ammonia chiller and freezer manufacturer, Azane Inc, is gearing up to exhibit at the IIAR 2018 Natural Refrigeration Conference & Expo on 18th-21st March. Hosted at the Broadmoor Hotel and Resort in Colorado Springs, the conference is set to showcase groundbreaking industry trends from across the globe. With over 150 exhibitors, the event is the largest exhibition for natural refrigeration and ammonia professionals, attracting over 1,000 attendees.

Azane Inc will be showcasing its Azanefreezer and its brand new and state of the art Azanechiller 2.0 which has doubled the part load efficiency of its predecessor and improved the simplicity and flexibility for ammonia in a number of new applications.

Caleb Nelson, Vice President Business Development of Azane Inc said, “We’re excited to be sharing with the industry the benefits of our new products. The Azanechiller 2.0 and Azanefreezer are gaining more momentum in the hvac, food manufacturing, beverage production and cold storage warehouse industries, especially in California, where natural, efficient, and low-risk options are sorely needed.”

“The IIAR Natural Refrigeration Conference attracts a huge mix of delegates and we enjoy talking to contractors, consultants, end users, and other friends in the industry.”

At the IIAR booth Azane’s parent company Star Refrigeration will be represented by David Blackhurst, Director of the company’s technical consultancy group, Star Technical Solutions, who has worked on the IIAR Board of Directors. Blackhurst said,“Everyone involved in cooling projects needs to understand the business case for every part of the job—including what equipment they purchase and what the impact is on the ownership costs.”

With global efforts to phase down the use of HFC refrigerants, there is an opportunity for natural refrigerants such as ammonia and CO2 to take centre stage. There has been progress made in the US as energy efficiency and safe, long term refrigerant use drives more and more business decisions. A more holistic view is now being taken, which is continuing to drive interest in low charge ammonia options such as those offered by Azane Inc.

Nelson added, “Azane’s low charge ammonia packaged systems are ideal for projects where the client wishes to benefit from the efficiency of ammonia while avoiding the complexity and regulatory requirements often associated with central ammonia systems or other synthetic refrigerant based alternatives.”

In addition to promoting its low charge ammonia solutions, Azane will also be hosting an Apple watch giveaway at its booth. The company are asking delegates to fill out a short survey to assess general awareness of the R22 phaseout, restrictions on the use of HFCs and low charge ammonia technology.

Azane is a world-leading manufacturer specializing in low charge ammonia refrigeration solutions.Azane’s range of packaged systems all operate using ammonia – a naturally occurring refrigerant with zero ozone depletion potential and zero global warming potential.Azane are part of the Star Refrigeration Group and manufacture for the US market in Chambersburg, PA.

Azane Inc has recently unveiled Controlled Azane Inc (CAz) which is their new vehicle based out of Tustin, California bringing the Azanefreezer to market in the cold-storage industry nation-wide. CAz has just returned from the AFFI (American Frozen Food Institute) conference in Las Vegas, Nevada where the interest in new cooling solutions to reduce operating costs and improve risk management was overwhelmingly prevalent.