Sulfur hexafluoride (SF6) is an inorganic, colorless, odorless, non-flammable, extremely potent greenhouse gas, and an excellent electrical insulator.SF6 has an octahedral geometry, consisting of six fluorine atoms attached to a central sulfur atom. It is a hypervalent molecule. Typical for a nonpolar gas, it is poorly soluble in water but quite soluble in nonpolar organic solvents. It is generally transported as a liquefied compressed gas. It has a density of 6.12 g/L at sea level conditions, considerably higher than the density of air (1.225 g/L). 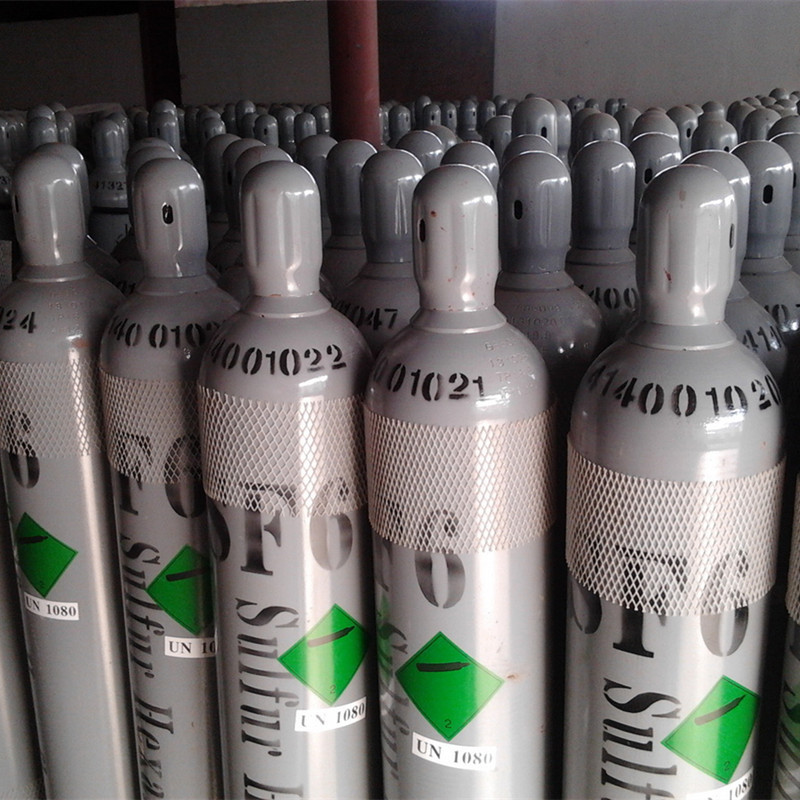 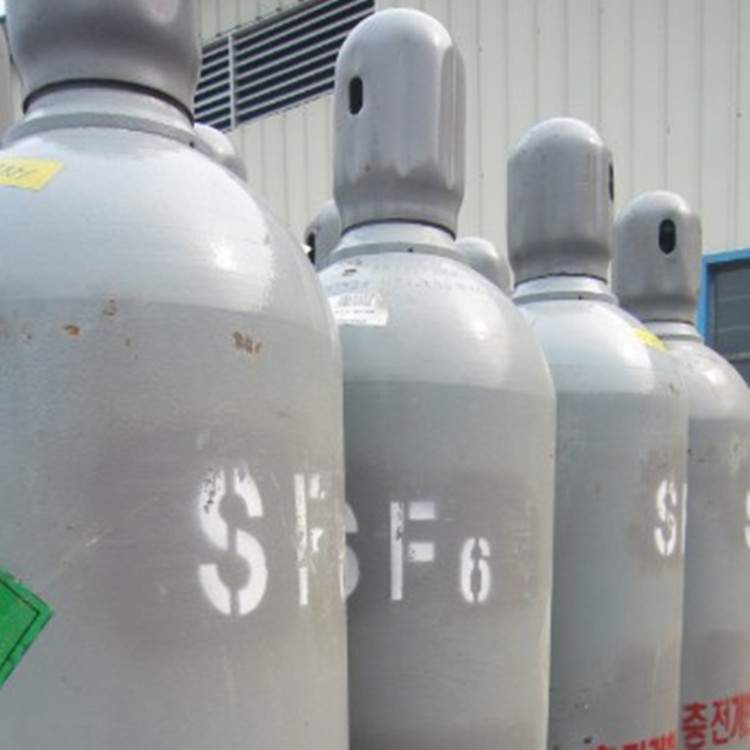 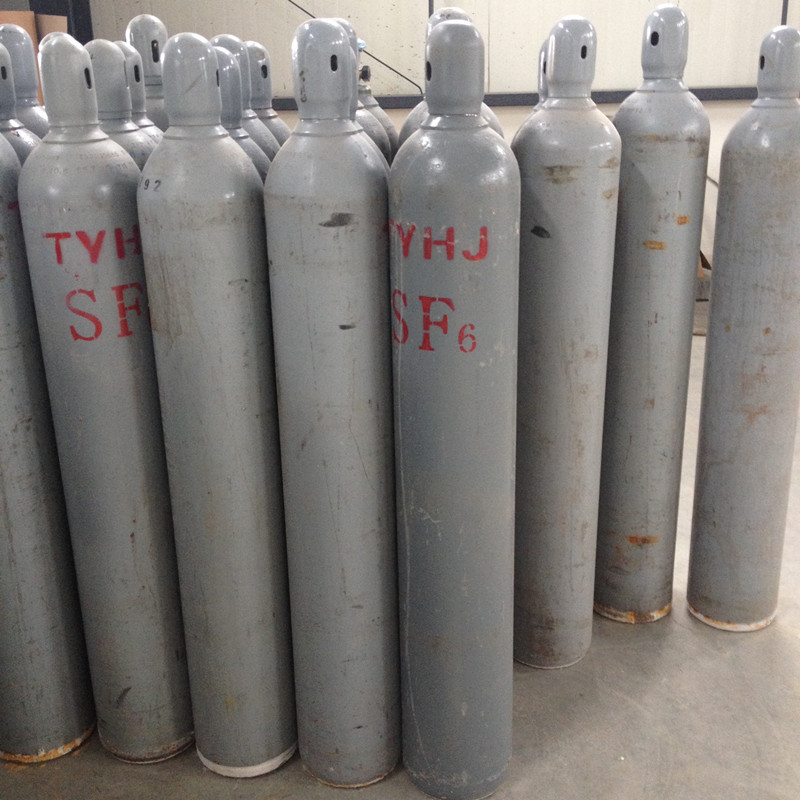 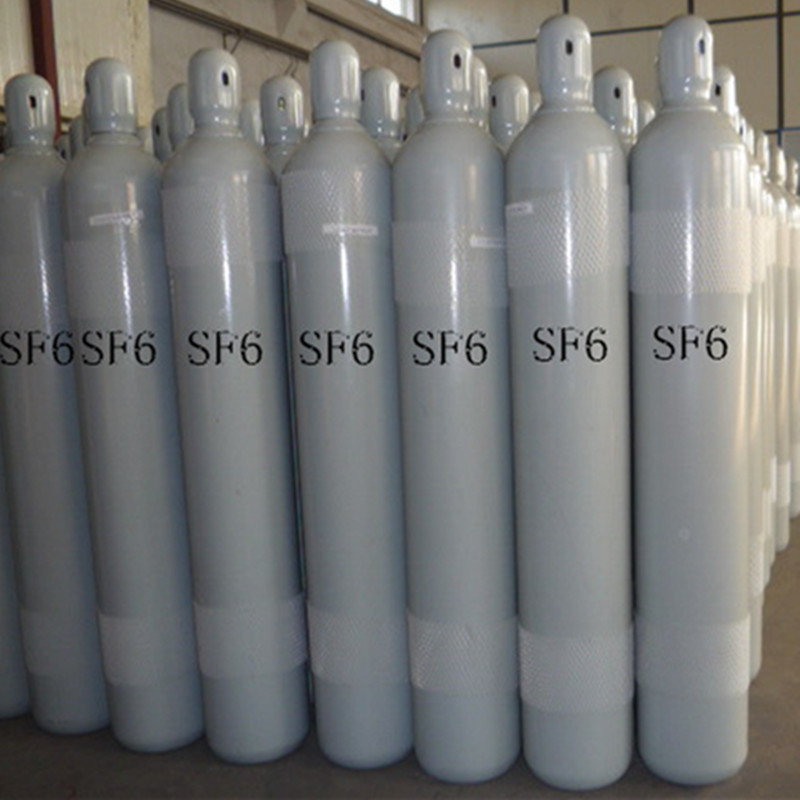 Dielectric medium
SF6 is used in the electrical industry as a gaseous dielectric medium for high-voltage circuit breakers, switchgear, and other electrical equipment, often replacing oil filled circuit breakers (OCBs) that can contain harmful PCBs. SF6 gas under pressure is used as an insulator in gas insulated switchgear (GIS) because it has a much higher dielectric strength than air or dry nitrogen. 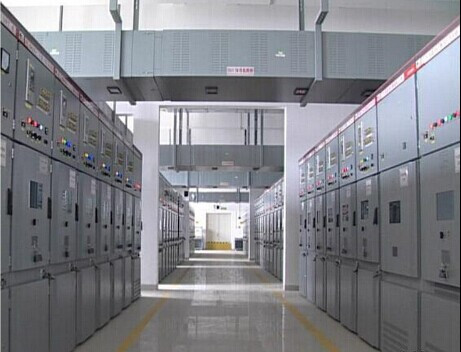 Medical Use
SF6 is used to provide a tamponade or plug of a retinal hole in retinal detachment repair operations in the form of a gas bubble. It is inert in the vitreous chamber and initially doubles its volume in 36 hours before being absorbed in the blood in 10–14 days.
SF6 is used as a contrast agent for ultrasound imaging. Sulfur hexafluoride microbubbles are administered in solution through injection into a peripheral vein. These microbubbles enhance the visibility of blood vessels to ultrasound. This application has been used to examine the vascularity of tumours. 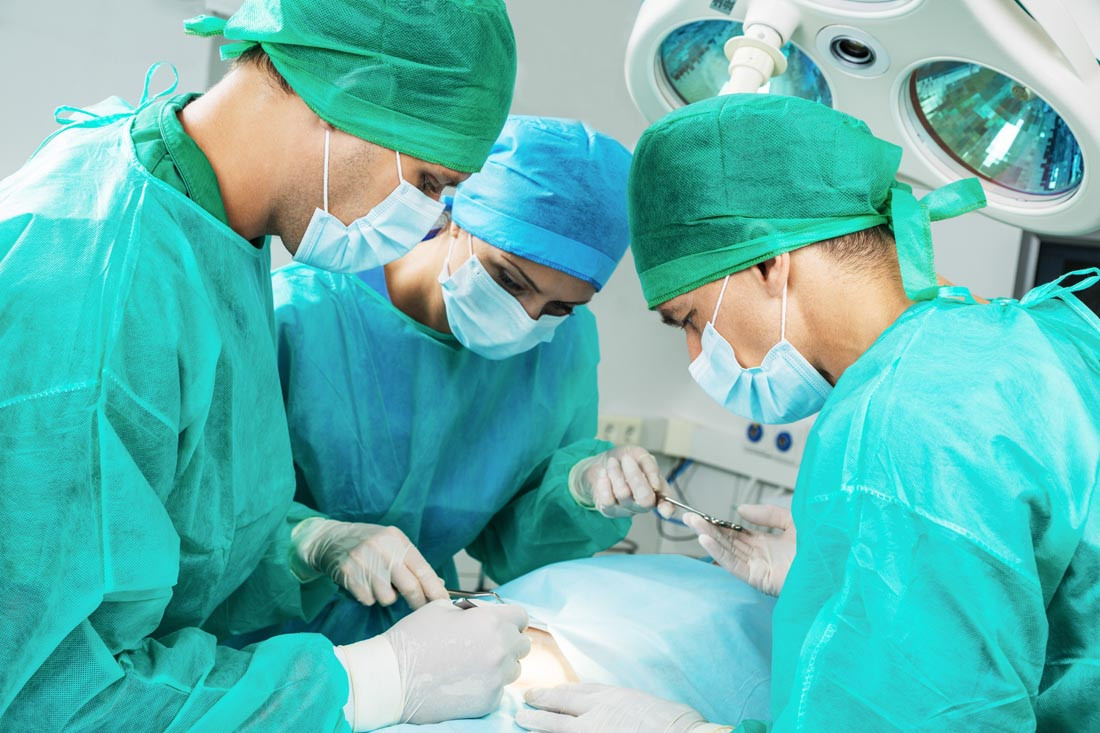 Tracer compund
Sulfur hexafluoride was the tracer gas used in the first roadway air dispersion model calibration.SF6 is used as a tracer gas in short-term experiments of ventilation efficiency in buildings and indoor enclosures, and for determining infiltration rates.
Sulfur hexafluoride is also routinely used as a tracer gas in laboratory fume hood containment testing.
It has been used successfully as a tracer in oceanography to study diapycnal mixing and air-sea gas exchange. 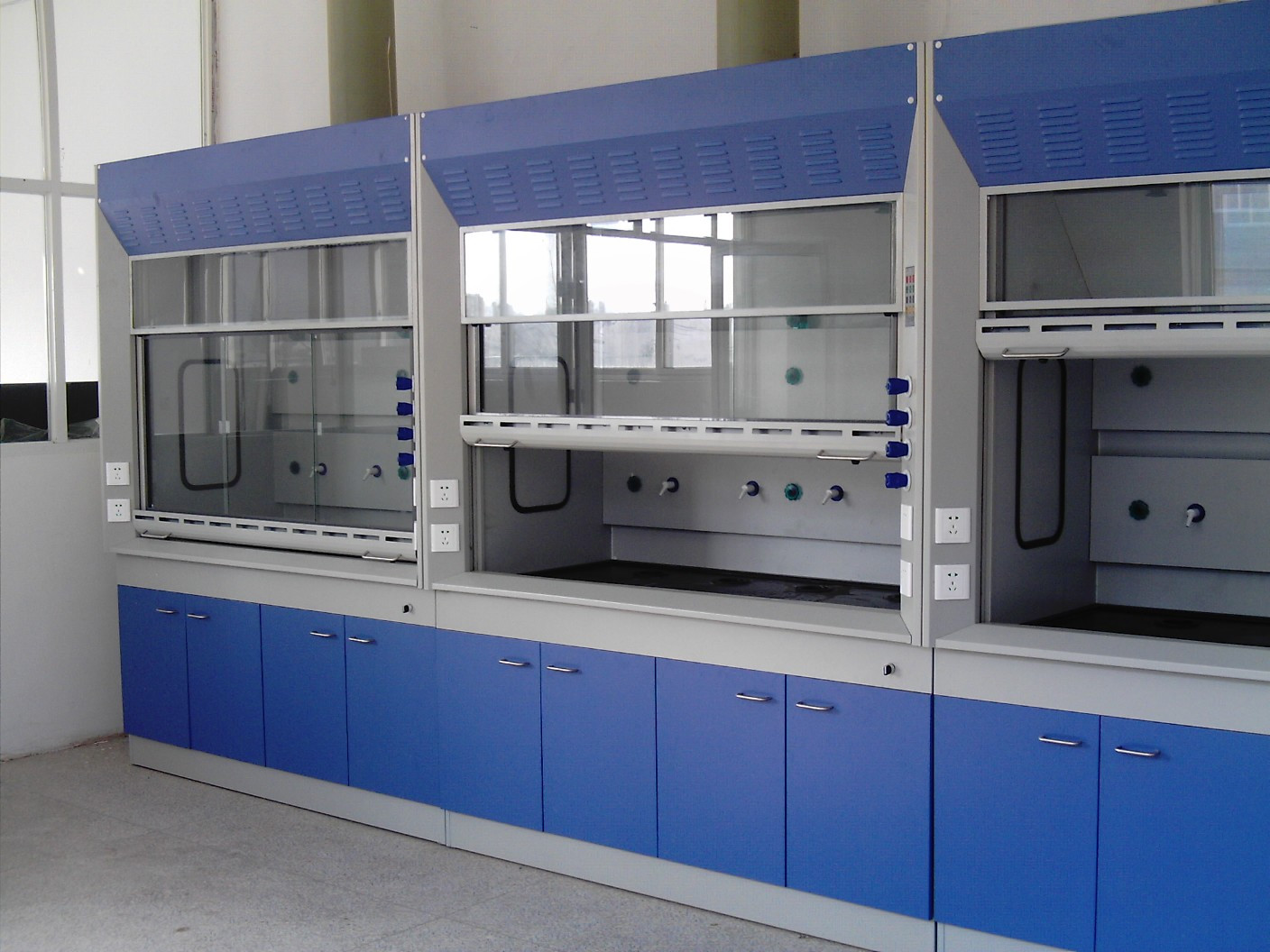 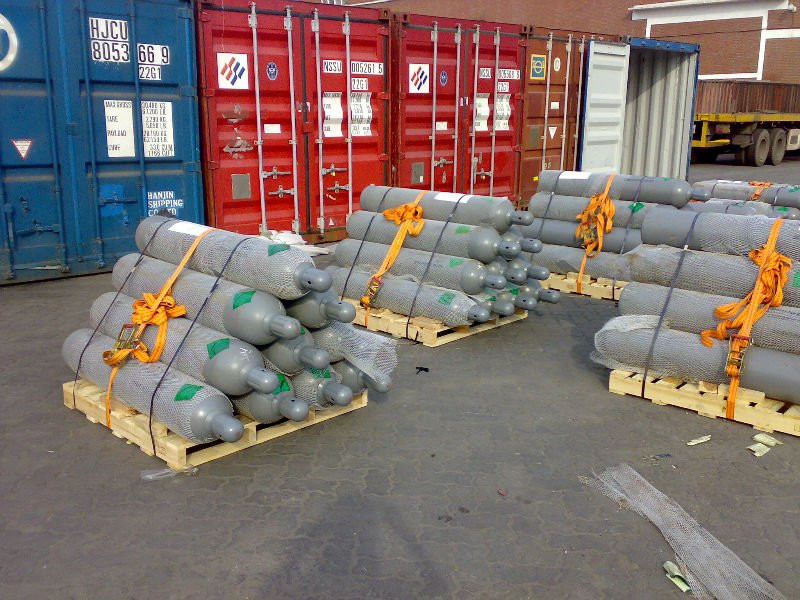 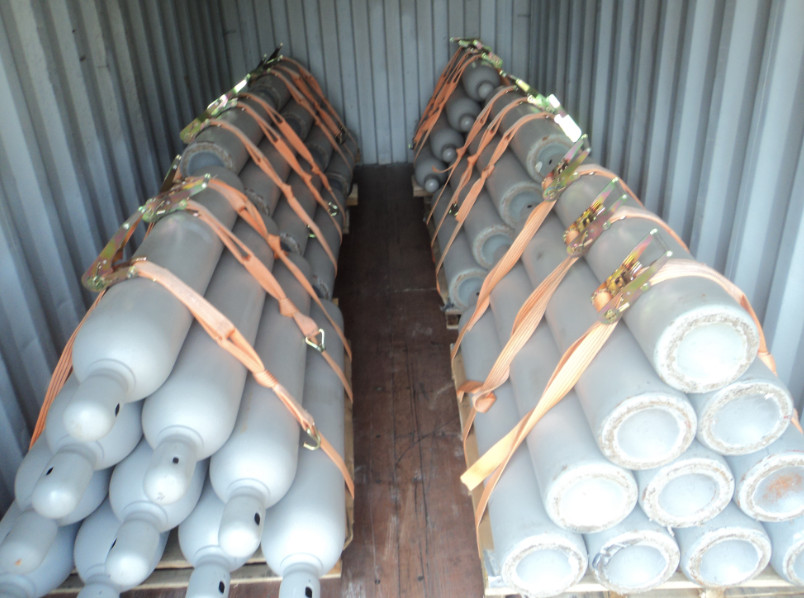 INHALATION: If adverse effects occur, remove to uncontaminated area. Give artificial
respiration if not breathing. If breathing is difficult, oxygen should be administered by qualified
personnel. Get immediate medical attention.
SKIN CONTACT: Wash exposed skin with soap and water.
EYE CONTACT: Flush eyes with plenty of water.
INGESTION: If a large amount is swallowed, get medical attention.
NOTE TO PHYSICIAN: For inhalation, consider oxygen.

The global sulfur hexafluoride market is expected to reach USD 309.9 million by 2025, according to a new report by Grand View Research, Inc. Rising demand for the product for use as an ideal quenching material in circuit breakers and switchgear manufacturing is expected to have a positive impact on the industry growth.

Key industry participants, have integrated their operations across the value chain by indulging in raw material manufacturing as well as distribution sectors in order to gain a competitive edge in the industry. Active investments in the R&D of the product to reduce the environmental impact and boost efficiency are projected to increase the competitive rivalry among the manufacturers.
In June 2014, ABB developed a patented technology to recycle contaminated SF6 gas based on the energy proficient cryogenic process. The use of recycled sulfur hexafluoride gas is expected to mitigate carbon emissions by about 30% and save costs. These factors are, therefore, expected to fuel the industry growth over the forecast period.
The stringent regulations imposed on the manufacturing and use of sulfur hexafluoride (SF6) are expected to be a key threat to the industry players. Moreover, the high initial investments and operational costs associated with the machinery are further expected to trigger the entry barrier, thereby lowering the threat of new entrants over the forecast period.
Browse full research report with TOC on ”Sulfur Hexafluoride (SF6) Market Size Report By Product (Electronic, UHP, Standard), By Application (Power & Energy, Medical, Metal Manufacturing, Electronics), And Segment Forecasts, 2014 – 2025″ at: www.grandviewresearch.com/industry-analysis/sulfur-hexafluoride-sf6-market
Further Key Findings From the Report Suggest:
• Standard grade SF6  is expected to register a CAGR of 5.7% over the projected period, owing to its high demand for the manufacturing of circuit breakers and switchgear for power & energy generation plants
• Power & energy was the dominant application segment in 2016 with over 75% SF6 utilized in the manufacturing of high voltage equipment including coaxial cables, transformers, switches, and capacitors
• The product is expected to grow at a CAGR of 6.0% in metal manufacturing application, owing to its high demand for prevention of burning and rapid oxidation of molten metals in magnesium manufacturing industry
• Asia Pacific held the largest market share of over 34% in 2016 and is expected to dominate the market over the forecast period on account of high investments in energy & power sector in the region
• Solvay S.A., Air Liquide S.A., The Linde Group, Air Products and Chemicals, Inc., and Praxair Technology, Inc. have adopted production capacity expansion strategies to serve increasing consumer demand and gain larger market shares