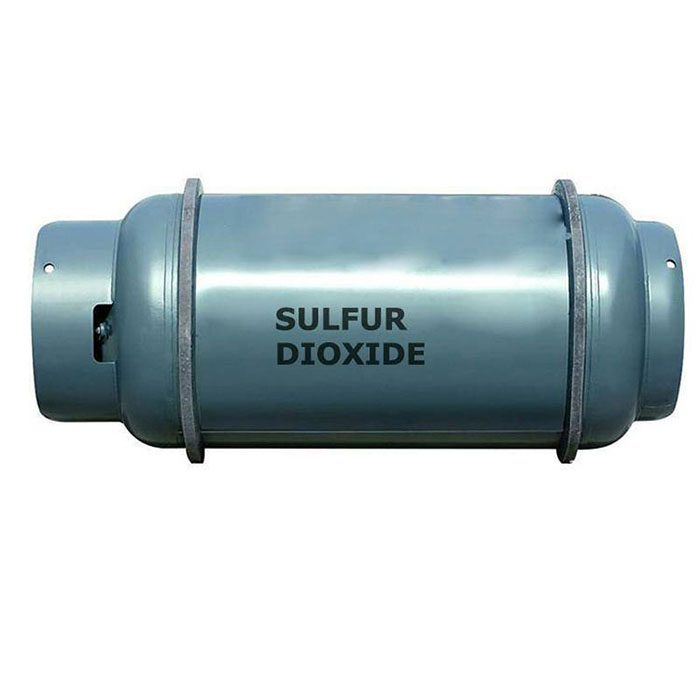 Sulfur dioxide (sulfur dioxide) is the most common, simplest, and irritating sulfur oxide with the chemical formula SO2. Sulfur dioxide is a colorless and transparent gas with a pungent odor. Soluble in water, ethanol and ether, liquid sulfur dioxide is relatively stable, inactive, non-combustible, and does not form an explosive mixture with air. Sulfur dioxide has bleaching properties. Sulfur dioxide is commonly used in industry to bleach pulp, wool, silk, straw hats, etc. Sulfur dioxide can also inhibit the growth of mold and bacteria. It can be used as a preservative in different types of food such as dried fruits, pickled vegetables, and processed meat products (such as sausages and hamburgers), but it must be strictly in accordance with the relevant national scope and Standard use. Sulfur dioxide is also used as an organic solvent and refrigerant, and used to refine various lubricating oils; used to produce sulfur trioxide, sulfuric acid, sulfite, thiosulfate, and also used as a fumigant, preservative, disinfectant, and reducing agent Etc.; used in the production of sulfur and as pesticides and fungicides. Operation precautions: tightly closed, provide adequate local exhaust and comprehensive ventilation. Operators must undergo special training and strictly abide by the operating procedures. It is recommended that operators wear self-priming filter gas masks (full face masks), tape gas protective clothing, and rubber gloves. Keep away from fire and heat sources, and smoking is strictly prohibited in the workplace. Keep away from flammable and combustible materials. Prevent gas or vapor from leaking into the workplace air. Avoid contact with reducing agents. Lightly load and unload during transportation to prevent damage to cylinders and accessories. Equipped with corresponding types and quantities of fire-fighting equipment and leakage emergency treatment equipment. Storage precautions: Store in a cool, ventilated warehouse. Keep away from fire and heat sources. The storage temperature should not exceed 15°C. It should be stored separately from easily (combustible) combustibles, reducing agents, and edible chemicals, and avoid mixing them. The storage area should be equipped with leakage emergency treatment equipment.

Sulfur dioxide is an intermediate in the production of sulfuric acid, being converted to sulfur trioxide, and then to oleum, which is made into sulfuric acid.

Sulfur dioxide is sometimes used as a preservative for dried apricots, dried figs, and other dried fruits, it is also a good reductant.

Being easily condensed and possessing a high heat of evaporation, sulfur dioxide is a candidate material for refrigerants.

①More than ten years on the market;

⑤On-line analysis system for quality control in every step;

⑥High requirement and meticulous process for handling cylinder before filling;