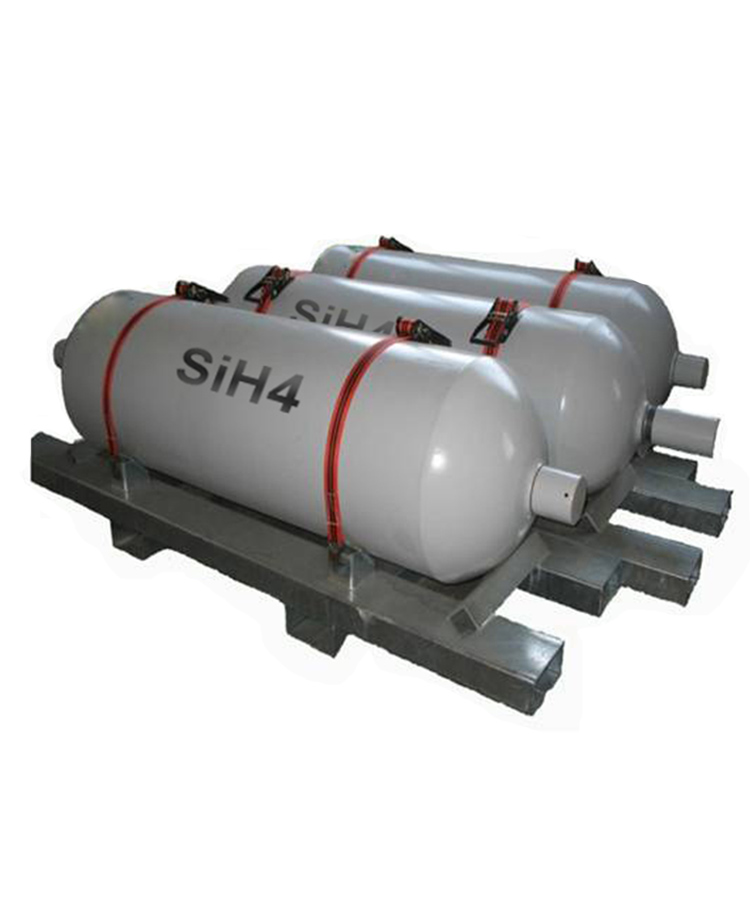 Silane is a compound of silicon and hydrogen. It is a general term for a series of compounds, including monosilane (SiH4), disilane (Si2H6) and some higher-level silicon-hydrogen compounds. Among them, monosilane is the most common, sometimes referred to as silane for short. Silane is a colorless gas with a disgusting smell of garlic. Soluble in water, almost insoluble in ethanol, ether, benzene, chloroform, silicon chloroform and silicon tetrachloride. The chemical properties of silanes are much more active than alkanes and are easily oxidized. Spontaneous combustion can occur when in contact with air. It does not react with nitrogen below 25°C, and does not react with hydrocarbon compounds at room temperature. Fire and explosion of silane are the result of reaction with oxygen. Silane is extremely sensitive to oxygen and air. Silane with a certain concentration will also react explosively with oxygen at a temperature of -180°C. Silane has become the most important special gas used in semiconductor microelectronics processes, and is used in the preparation of various microelectronic films, including single crystal films, microcrystalline, polycrystalline, silicon oxide, silicon nitride, and metal silicides. The microelectronic applications of silane are still developing in depth: low-temperature epitaxy, selective epitaxy, and heteroepitaxial epitaxy. Not only for silicon devices and silicon integrated circuits, but also for compound semiconductor devices (gallium arsenide, silicon carbide, etc.). It also has applications in the preparation of superlattice quantum well materials. It can be said that silane is used in almost all advanced integrated circuit production lines in modern times. The application of silane as a silicon-containing film and coating has expanded from the traditional microelectronics industry to various fields such as steel, machinery, chemicals and optics. Another potential application of silane is the manufacture of high-performance ceramic engine parts, especially the use of silane to manufacture silicide (Si3N4, SiC, etc.) micropowder technology has attracted more and more attention.

Silane is applied to polycrystalline silicon layers on silicon wafers when manufacturing semiconductors, and sealants.

It is used in Energy-saving Green Glass and applied to vapor deposition thin film process.

①More than ten years on the market;

⑤On-line analysis system for quality control in every step;

⑥High requirement and meticulous process for handling cylinder before filling;